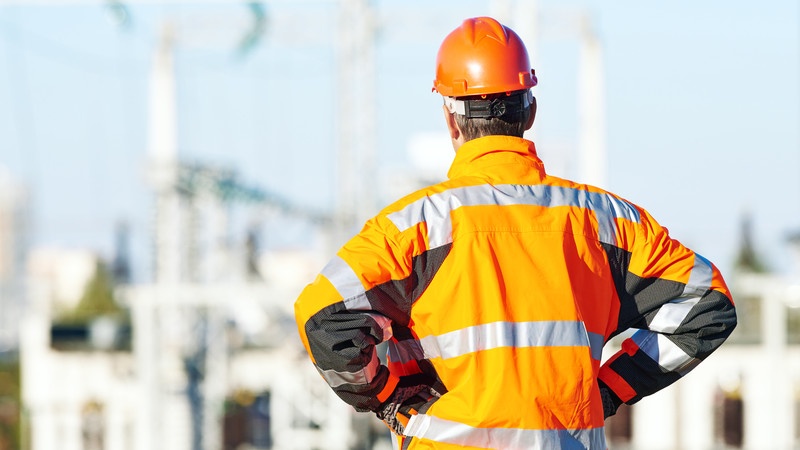 Safety leadership is about putting leadership skills into the hands of the people who are responsible for safety.

What’s that got to do with me? That is one of the first questions you ask yourself before you commit to doing something, or volunteering for something. You want to see the direct benefit back to you. Even in charitable giving you get a win. That’s why you do it.

Employees respond better to those things in their work where they can see the benefit of their own full participation. Show the employee his or her win and you will get their engagement. Safety is included in that.


Cut through the clutter

Everyone is busy. There are more than enough people asking for your attention and making demands on you each day. You have to be picky about the things that you give your attention to. You do not have an unlimited amount of energy or time. That’s why books and videos and articles and videos on safety get your attention. You have responsibilities in safety. You want resources that help you perform better at safety. Easy peasy. You pick the resources that speak directly to what you’re trying to do. There’s a win for you.

END_OF_DOCUMENT_TOKEN_TO_BE_REPLACED To be a safety leader, you have to be better at the job than the others.

The best organizations give world-class safety performance. They don't do it with a mediocre effort, mediocre standards or mediocre supervisors and safety people. They do it by surpassing industry average targets, a focused engagement with employees and with safety people and supervisors on top of their game. Those companies search out and employ supervisors and managers who set a higher standard for themselves. They seek out those who want to inspire their own crews to be better, to reach farther, to achieve at a higher level.

You don’t build championship teams by shooting for the middle of industry averages. You don’t instill a positive safety culture by settling for average performance. To lead, you have to do not just what others are not doing, but by doing what they’re not even prepared to do.

Here's the problem. Not every safety person is a high-performer. Like every other industry and profession, there are below-average and average performers. Then, there’s the top echelon; the elite - the leaders. Which of those sounds like you? How about a short self-assessment?

END_OF_DOCUMENT_TOKEN_TO_BE_REPLACED Who could have ever foreseen that you could get so good at your work that complacency would become a safety issue? Safety processes and procedures are done so well that your crews have become exceptional safety performers. And because they do work they can be proud of, they take satisfaction in how well they do the job. That satisfaction can create complacency.

It’s not your fault that you never saw it coming. You followed the processes and procedures, the rules and regulation so well that you got into the habit of always doing it well. They are not negative habits. They are the same positive habits that are creating a safety risk.

Consulting and speaking clients have discussed complacency-creep with me. They gush about their people, competent teams who do excellent work. But, niggling issues are starting to show up in the form of small mistakes, and memory and judgment lapses. They are afraid that the small issues have the potential to become more serious. That’s complacency-creep sneaking in.

The longer crews work on the job together, the more they get into a kind of rhythm working together. But that rhythm can become a routine. And where there is routine, there is rote: doing the job robotically. “Auto-pilot.”

END_OF_DOCUMENT_TOKEN_TO_BE_REPLACED

7 Ways to Connect Safety to Leadership 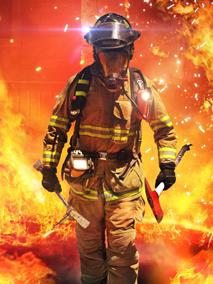 Safety is fast-becoming the new leadership.

Leadership is not a position. It is an attitude - management is the position. One has nothing to do with the other. Safety too is an attitude. It is a state of mind and a way of living your life. Safety is the result. Safely is the choice in every moment of every day. Those with a safety leadership attitude, will choose to do the job safely in every moment.

Companies are waking up to the fact that people who blindly follow orders on a job site still get hurt. Helping people to connect with their own leadership abilities can help people to think more clearly on the job. It is for this reason that in the workplace, safety is fast-becoming the new leadership.

END_OF_DOCUMENT_TOKEN_TO_BE_REPLACED

3 Effective Strategies to Fix Boring Safety Meetings (Yes They Are) 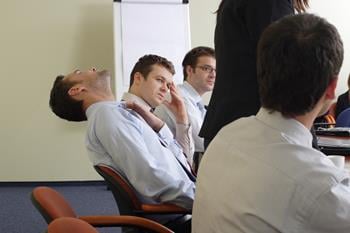 Safety meetings are not supposed to be boring. People, more specifically presenters, make them that way.

Talks from the TED conferences are engaging. If you are not familiar with TED (Technology, Entertainment, Design), they are a global set of conferences that bring together the world's most fascinating thinkers and doers, who are challenged to give the talk of their lives in 18 minutes or less.

Some of the world’s greatest thinkers will change the world with their ideas in under 18 minutes. So the question becomes, if world-class thinkers and thought leaders are only given eighteen minutes to make their point, have the learning stick and ultimately change the world, why are mediocre safety presenters given 60-90 minutes to make a point or two about safety? If issues like fighting world hunger and jumpstarting world economies can be addressed in 18 minutes, why are safety meetings running longer than that?

Safety complacency is a big problem today but never moreso than safety meeting complacency: the lack of focused engagement in preparing engaging safety meetings. The problems outlined below identify the real reasons safety meetings are traditionally so boring and what to do next.

END_OF_DOCUMENT_TOKEN_TO_BE_REPLACED People cannot recall everything they are exposed to in a single message but safety people think they are.

This year, the cost of a 30-second Super Bowl ad was $5 Million. And advertising availabilities were sold out … again. Companies lined up to spend millions of dollars for a single 30-second time-slot. But, do you think that expenditure of $5 Million for a single ad drives enough revenue to the sponsor to pay for that ad? Nope. It will not. At least not alone.

Advertisers who take a 30-second time-slot on the Super Bowl are not expecting to drive tens of millions of dollars of sales from a single ad. No. They are using that expenditure of a single TV ad as a showcase for their product. But it is only a small piece of the overall mix of their marketing tools.

In addition to the ad buy, companies will spend millions of dollars more marketing attention on their ad. In other words, they will tease their customers that they will be unveiling a new ad during Super Bowl. They will employ millions of dollars on social media strategies to engage people to watch the ad both prior to the Super Bowl and even more after the Super Bowl is over. They will look for the media to talk about their ads (giving them more free publicity), hope people will share social media links (more free publicity) and even wait for others to mock the ads with spoof ads (even more free publicity). Thousands of people will go to work to get people to take an action: to watch the ad during the game, to share the ad with their social media network, to click links to watch the ad online. And it’s all done in the hopes of driving more foot traffic through the doors to sell more product. People buy what they are aware of and what intrigues them.

END_OF_DOCUMENT_TOKEN_TO_BE_REPLACED

Podcast Ep.7 - Going Home Safe Is Not What Matters Most Welcome to The Safety Leader Podcast. We are live on Libsyn and iTunes! Click the play button above to listen.

Subscribe to The Safety Leader Podcast in iTunes. https://itunes.apple.com/ca/podcast/the-safety-leader-podcast/id1147852584

“What matters most is that everyone goes home safe each day.”

Employees have a basic expectation that their workplace and their employers will do what is necessary to protect them from harm. So when you tell your people that what matters most is that they go home safely, they know that. That’s their expectation.

So really, is sending people home safely the most important thing you do each day? Or could you be doing a lot more?

END_OF_DOCUMENT_TOKEN_TO_BE_REPLACED Your people deserve your best communication effort. Their safety depends on it.

The need to be effective in safety communications is perhaps the most important skill any supervisor or safety person can have. It has been proven that managers (including safety managers) and supervisors spend 50-80% of their day in actual communication. 50-80%! Communication is seriously important. If you have to repeat yourself, you're not being effective. And when your effectiveness is lacking, your people aren't buying-in to what you're saying. They're tolerating safety the rules. What you say and how you say it matters. You need to maximize your communication skills.

Here are four personal strategies that you need to embrace to begin implementing effectiveness in safety communications:

END_OF_DOCUMENT_TOKEN_TO_BE_REPLACED To resonate, a safety message needs to address perceptions, misconceptions and align with attitudes.

END_OF_DOCUMENT_TOKEN_TO_BE_REPLACED To move people toward safety, you have to get the communications part right first.

Safety performance is only as good as the quality of the communication. Communication matters. How you communicate can matter even more. It has been studied that 50-80% of a supervisor’s time is spent communicating. Since it is the biggest job supervisors and safety people do, you need to be good at it.

In safety, you will find warnings, communications and marketing. What’s the difference? Warnings warn. Communications inform. Marketing moves. For this article, we are going to focus on the communications part, especially how you communicate.

Here are four strategies that can immediately improve the level of your safety communications:

END_OF_DOCUMENT_TOKEN_TO_BE_REPLACED
Previous All posts Next