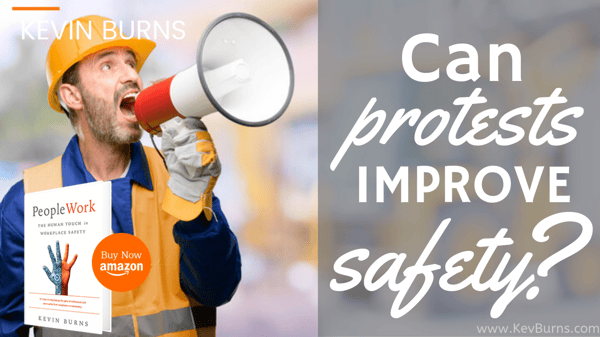 There is a marked difference between a rally and a protest. Simply put, a rally is usually in support of something. A protest is in opposition to something. If you want to be part of showing your support in favour of something, you rally.

At a rally, generally, everyone is well behaved and orderly. There may be some chanting, but it is usually done in unison to wave the flag of support for a specific cause. You may also find that the rally is better organized - with a sound system, an agenda and speakers to address the rally.

At a protest, however, the energy is different. The chanting is louder and full of emotion. There is shouting, fist-pumping, marching and often there are confrontations. Protestors can be incredibly passionate about their cause and they want the world to know where they stand. Occasionally that emotion can spill over into over-the-top behaviour. Agree with the protest or not, a protest gets your attention.

Where a rally might last an hour or two, a protest can drag on for weeks with seemingly no reduction in energy or passion by the protesters.

How can a protest affect your safety program? Read on and watch the video below....

Is the safety rally effective?

Maybe your workplace has held a safety rally before. An event that brought all of your company together in one place to talk about safety in a positive way. The purpose was to get your people to become aware and show their support to the cause of safety. And unless there was a plan to follow-up your safety rally or stand-down, your people went back to doing things the way they were prior to the rally. It was a feel-good moment with perhaps a moment or two of reflection.

But has your workplace ever hosted a protest? Likely not. You need something to disagree with or to want to outlaw in order to run an effective protest. And while we have rallies in favour of safety, we have no protests against the things that threaten safety. It’s all very civilized. You can control civilized participation, but you take great risk when entertaining a protest.

If you rally in favour of safety, what are you against?

What are you in favour of? What are the priorities of your company and do you agree with them? Would you attend a rally that showed your support of the company values and priorities?

Certainly, you would attend a rally in favour of safety. But would you consider what a protest in your workplace would look like if the target of the protest were the things that threaten safety: complacency, apathy, a minimum effort, employee disengagement, or an attitude of “good enough?” While you may be in favour of safety are you more passionately against apathy, complacency, minimum effort and a defeatist mindset? 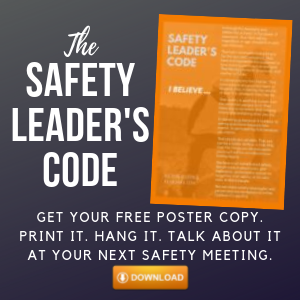 Messages like “Safety First” or “Be Safe” really are minimum-effort, good-enough mindset messages. It takes little effort to build a rally around these messages. But it allows you to check a box: done. Minimal effort.

Holding a rally to celebrate that you sent your people home safe is also minimal effort. Your people are supposed to go home safe. That’s the law. You’re not allowed to do less than that. But are you hosting a protest when something goes wrong and someone gets hurt? You should be angered by the thought of one of your valued people getting hurt. It should create a cause, a movement, a protest to shine light on that thing that gets people hurt and needs to be eliminated.

Are the corporate priorities cutting it in safety?

While your company may have a mission statement, a vision statement, and seven priorities, rarely can anyone, outside of the authors of these statements, recall any of it. But employees can certainly remember:

When there is so much competition with so many priorities to remember, getting your people to rally around safety alone is tough. Safety is only one of many priorities.

Instead of getting your people to rally in favour of safety, consider doing these three protest things:

Build a movement to rid your workplace of the insidious threats to safety, and you remove the barriers to effortless safety performance. Rallying in favour of safety is one thing. Standing up against the threats to safety is quite another. Unify your team in a common cause.

Kevin Burns, consultant and author, works with smart, caring companies to energize safety culture, build teamwork, and get employee buy-in. Kevin is on a mission to help employees purposefully care about the work they do and to actively look out for the people they do it with. He is the author of, PeopleWork: The Human Touch in Workplace Safety - the book that is changing how companies do safety. He is based in Calgary, Alberta.