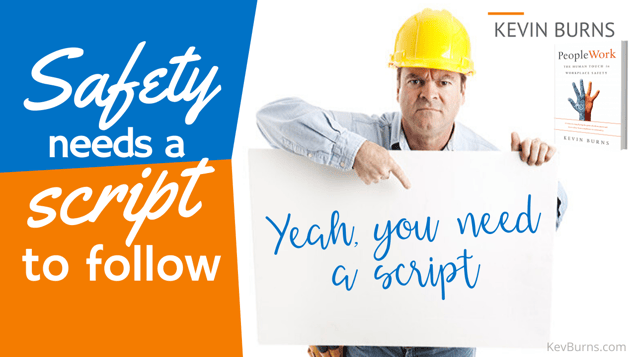 You don’t make any big shifts or changes without a plan. That plan is the narrative. It’s like the story you follow if you were making a movie. Don Miller from Storybrand suggests that a movie director would never yell “action” without first giving the actors a script to follow.

But, that’s exactly what we do in safety. We yell “action” and just expect that our people know what to do. Then when they get it wrong, and they will, we dress them down. Without a mission, you are shooting a movie without a script.

Great scripts start with a premise

The best movies start with a premise. They take a stand for or against something. They fight for a cause. Picture Braveheart’s Mel Gibson on horseback giving his speech. But what if instead of the engaging and inspiring words in the movie, he replaced them with a half-hearted reminder about slips, trips and falls. Or, holding up charts of TRIF and LTI rates over the past year. Not. Inspiring. Stuff.

The script of safety is the mission. If your people can’t recite the mission for safety, then they’re not on a mission. They’re wandering aimlessly hoping to avoid catastrophe. Without a mission, there is no purpose to the work. There is no reason to work together or to look out for each other. And where there is no purpose, you won’t get much engagement.

There is no safety without engagement

People who are not engaged in their work are never going to engage in safely doing that work. The first step of engagement is having a mission to inspire behaviours and actions. If you want your people to come together to emerge victorious in safety, you have to give them a mission or purpose.

Let’s be clear. “So, they don’t get hurt” is not a purpose or a mission. Your people are not hurt now. They don’t have to do anything different to get the same result. Reviewing processes and procedures, rules and regulations is not a mission. Don’t think for a second that employees get motivated by reviews of rules and procedures. They do not.

Define the change you want to make 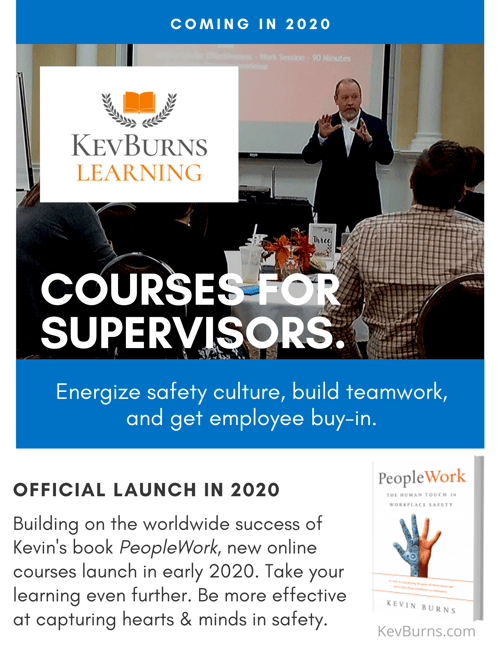 In a previous blog post, Can Protests Improve Safety? I outlined three must-do’s for you to identify a safety enemy. Like a great story or movie, you need an enemy to inspire and engage your people to action. Complacency, half-hearted effort, poor quality, apathy, and indifference are all worthy enemies. The enemy needs to be battled and brought down.

The mission has to inspire. It has to have a purpose. Hearts and minds aren’t engaged if the mission isn’t engaging – if it doesn’t inspire them to want to be better.

It is a battle you must win

In a battle, people get injured. If your people are getting injured, then you’re in a battle. Whether you recognize it or not. The enemy is hurting your people and you need to rally your people around battling the enemy.

Your people look to the leader for their cues. They will do what you do. If you want them to be inspired to look out for each other, then you must look out for them. If your performance doesn’t seem inspired or purposeful, they won’t take it seriously either.

Start by creating your script - the mission: one sentence that sums up the plan. Use simple language and keep it short. Write it for your people – not for lawyers. Identify the enemy and inspire your people to take a stand against it. Build a script (a plan) around defeating the enemy. That’s the thing they must do daily. Build a movement in safety that your people want to be part of.

Watch for the launch of KevBurns Learning in early 2020 - online courses to capture hearts & minds in safety.