3 Areas To Maximize Influence As A Safety Supervisor

Are you aware that a front-line supervisor has more influence on safety performance than senior management? It’s important for companies to choose the right person for supervisory positions. They need to be the right mix of personal skills and technical ability. Choosing that person, sadly, happens the wrong way far too often. The tendency is to pick the most senior person on a crew and give them a supervisory role. But even a company like Google found out that employees want more from their supervisors.

Google’s Project Oxygen surveyed all 38,000 Google employees to determine what the employees wanted from their supervisors. Out of the eight top traits, technical expertise finished dead last. Google employees wanted their supervisors to have things like good coaching skills, to be approachable, to have a focus on always improving, to be a good communicator and someone who empowers the team. Google employees are not as tightly regimented in their workday as front-line laborers. So you can imagine how having those skills in tightly-run, high-risk environment would be needed even more.

For the supervisor, it’s imperative that they understand that authority and influence are two very different things. Anyone can be the boss and throw their authority weight around. That takes no skill. Influence, though, takes skill and the right mindset.

Here are three areas where you as a front-line safety supervisor can develop better influence:

1Be more concerned with their welfare than yours. There are still unskilled supervisors more focused on protecting their own jobs than than they are empowering employees. The most valuable person in an organization is the one that employees want to perform better for. The supervisor who is focused on inspiring and motivating their team to better safety performance becomes a valuable and irreplaceable asset. No company wants to lose valuable people like that. These people improve retention, loyalty and ultimately, they reduce turnover. That means teams work together longer and become a tighter, more cohesive unit. The skilled supervisor who is focused on the welfare of others becomes that valuable person. In turn, that creates more valuable people in the organization. These good supervisors have tremendous influence because they have earned respect and trust.

3What you do is what they will do. If you really believe in safety, you will live it. You will walk the talk. You will become the shining example of the level of expectation in safety. And when you become the example of safety performance, you inspire others to rise to that level. If you believe in safety, your actions will demonstrate your belief. Those actions will set the example of your expectations. And as a trusted influencer, others will follow your example. But if you believe that safety rules are just to be tolerated, you will find your crew does just enough to satisfy the rules. Nothing more. Your words are the explanation. Your actions are the demonstration of how we do safety ‘round here. Influence your crews in a positive way by the way you live safety. 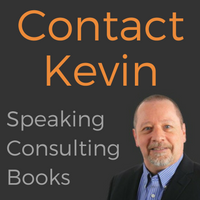 Safety supervisors refers to safety personnel and front-line supervisors. These folks carry more influence with front-line employees than perhaps they may even comprehend. As a supervisor, focus on how you help improve the skills and results of your people. Empower them and inspire them to want to be better safety performers. You will find, in time, that you don’t have to work as hard to achieve better than you have in past.