Do You Know Your Real Safety Role?

What really is your role as a supervisor, a manager or even a front-line safety person? Knowing that role and accepting it can dramatically increase your effectiveness, help to overcome complacency and build teams who care about each other.

In my last blog post, I discussed my old history teacher and how his contributions were focused on making sure his students were better off because of his guidance. We have so much to learn about leadership in safety by studying the roles that the really good teachers and bosses played in our lives. If you missed it, you should go back and read the post or watch the video.

What really is your role as a supervisor, a manager or even a front-line safety person? Knowing that role and accepting it can dramatically increase your effectiveness. Not only that, you will find that the members of your team are more willing to accept your guidance and allow you to become in influencer in their lives.

So, what is the role you’re supposed to play? How about we start with the role you no longer play as a leader of others.

Donald Miller, in his book Building A Storybrand, writes that every story and every movie ever made has a central character, the hero. I’ll give you a few illustrations using older, classic movies. Luke Skywalker was the hero of the original Star Wars story. Elliot Ness, played by Kevin Costner, was the hero of the film The Untouchables. Ralph Macchio’s, Daniel Laruso was the hero in the Karate Kid. And Joe Pesci’s, Vinny Gambini was the hero of the comedy film, My Cousin Vinny. 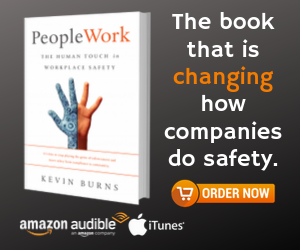 In every one of these films the hero leans on a guide for advice and wisdom. Luke Skywalker had Obi Wan Kenobi and then later Yoda. Elliot Ness had Sean Connery’s Jimmy Malone as his guide. The Karate Kid, Daniel Laruso, had Mr. Miyagi as his guide. And Vinny Gambini had his girlfriend, Mona Lisa Vito, played by Marissa Tomei as his guide. And there was a little extra guidance from the Judge played by Fred Gwynne.

7 Steps to Understanding Your Role

In Building A Storybrand, author Miller explains the story process in seven steps:

That is the story process simplified. Sadly, you can’t unsee what you’ve just read and it will probably ruin movies for you from now on. But you need to know and understand this process if you want to hold any kind of leadership position.

Every story has a hero. And every story has a guide that helps the hero overcome difficulty. Sounds a lot like what leaders are supposed to do doesn’t it? That’s because the role of the leader is to be the guide, not the hero. Your people are the heroes. You are their guide.

Climbers don’t scale to the top of Mount Everest without a guide. And while those climbers stand victorious for their few minutes on the mountain and their photo ops, off to the side is a guide who made it all possible. That guide carried the extra supplies, the extra oxygen and the expertise to know whether the climbers were a danger to themselves or whether they needed just a little more motivation. We all fail miserably without the guides in our lives. 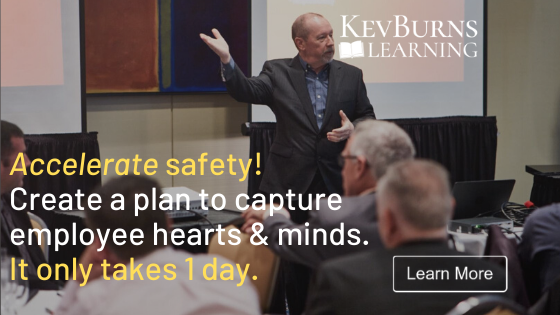 As a safety leader, you have to get the “be the guide” part right. Here’s why it is important. Later in their lives, your people will look back at you, hopefully, as the best teacher, mentor and boss that they ever had. They will be grateful for your guidance and for allowing them to find their success. They will take their cues on how to guide others from your example.

You are not the hero. You are the guide. It’s not supervisors, managers or safety people who are supposed to get the glory. The championship team never singles out the coach as the hero. Certainly, the coach plays an important part. But the coach is the guide. And without the guide, the team would have failed.

Your Guide Role and Responsibilities

You are not the hero. You are the guide. You are their guide. Talk to them with the same caring and concern that your best boss and your favourite teacher did for you. Your past bosses and teachers were never the hero. They were the guides in your life. And they knew their roles and made sure that their guidance allowed you to become the hero of your life. Their guidance helped you to overcome your challenges and to accomplish something you are now proud of.

Stay focused on your team and their needs. Your team will trust you, respect you and want to stay loyal to you. Most of all, you will show them that they have value.

When people feel valued, they will take care of themselves and each other. (“Valued people value safety.” -David Broadhurst)

You are their guide. They are your heroes. 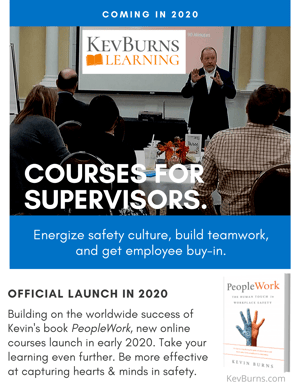 Buy yourself a copy of PeopleWork: The Human Touch in Workplace Safety and give another as a gift to a colleague.