How Production And Safety Work Together

Why aren’t production and safety working out of the same office yet? Start with the common ground between safety and production. 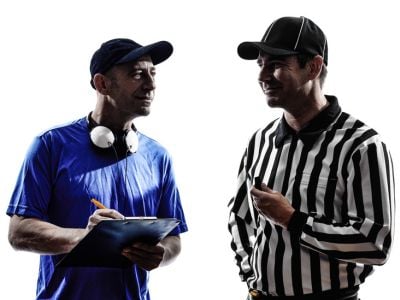 Companies associate the success of operations with efficiency, productivity and profits. And it's easy to measure. In safety, success is determined by a complex formula ending in TRIR rates and with the prevention of occupational injury and illness. How do you make these two necessary parts of a company work together if they are not even measuring the same things?

Production and safety blame the other for either slowing work down. Safety gets compromised when there is a push on for greater production. Operations blame safety for slowing down production. Neither wants to be wrong. Both want to be right.

(Note: if you still believe that safety holds up production, you are probably in the wrong job.)

Why aren’t production and safety measuring success the same way let alone working out of the same office? And whose bright idea was it to let the two coexist separately? In order for production/operations and safety to work better together, they have to first establish the common ground. Neither side wants to see anyone get hurt and both sides want the company to have success. That is the common ground.

Now, let's build on that. Let's find ways that production and safety can work together. Here are five ways to marry safety and production:

1Safety is not something you add to the job. Safety must be the foundation of everything you do in the job. No one ever got a driver’s license before they learned the rules of the road. You can’t just add safety to an existing culture and expect that it is going to be smooth sailing. When you assemble a crew, pick your supervisors, train your workers … and then, add safety rules after the fact, it won’t sustain. You can't hire workers, pick managers and then complete training without considering safety. Safety needs to be in the hiring interviews looking for job candidates who already own the safety gene. Then, your best advocates for safe production should become your site supervisors. Finally, training must include safely doing the job. You can’t add safety to it afterward.

2Create a sense of pride in the quality of the work. You can never call it your best effort if you have cut corners, flaunted safety and took unnecessary risk to complete the job. That’s not your best effort. If you’re doing just enough to look like you’re staying busy on your job site, you’re not giving your best effort either. If there is still capacity to ramp up and speed up production then your crew isn’t giving their best effort. That is a broken production system. Help people instill a sense of pride in the quality of their work. If you can get them to take pride in the job they do, safety becomes part of that pride. If you want to marry production and safety, focus on getting every one of your team to give their best performance.

3Look at the work as a team sport. How many athletes are thinking of their families when they’re pushing for the victory in the final few minutes of the game? Focused players only think about getting the win. Getting your people to focus on their families in safety meetings brings distraction to the job site. When you’re in the middle of your best effort, you had better not be thinking about your kids or your family. That would be distraction. You focus on getting the team win - safely. Athletes focus on nothing but giving their best performance and on getting a team win. Your team should follow this process. When everyone gives their best performance, teams get a win. (The end-result is that people go home to their families after getting a win).

4Safety supervisors have a choice: to be a referee or a coach. Referees enforce the rules. Coaches improve player skill and productivity within the rules. Professional athletes know the rules. The coaches of those athletes build the athlete's performance within the rules. Going outside the rules results in penalties and setting back the team effort. You marry productivity and safety when you spend less effort being a referee and more time coaching within the rules. That means supervisors need to know the rules of the game - the safety rules. They also must be able to motivate and inspire his/her team to their best performance. The better that coaches can develop players, the better production they will get from their players.

5The safety manual is a playbook. When faced with a certain situation, your run a specific play from the playbook. The playbook keeps you safe and gets you a win. Winning teams play the game with meticulousness and attention to detail. If they get behind in the score early, they stick to the game plan. They follow the playbook and execute the plays as they would if they were ahead. Then they trust that the process that got them here this far will get them their win. 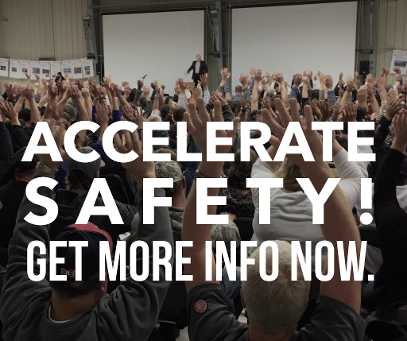 Trust your coach. Trust the playbook. Trust your team. Trust your ability to give a championship performance in every game.

Focus on the five areas above to improve both production and safety.

Kevin Burns is a management consultant, speaker and author of “PeopleWork: The Human Touch in Workplace Safety.” He believes that the best place to work is always the safest place to work. www.KevBurns.com